Welcome To The Mega Man Dies At The End Wiki[]

This wiki is a unofficial wiki for content related to Mega Man Dies At The End to decade a Mega Man video-game themed parody web-series which is the sister show of Sonic For Hire and also Morty Kombat.

This series was made and co-created by Chase Suddarth and David Sapp from Lowbrow Studios (also hosted on Machinima before all of their content eventually shut down and went to private) who have also made other video game themed web series like the completely obvious, Sonic For Hire. Along with Morty Kombat, Legend of Karen, and How It's Played. The series premiered on March 4, 2012 with the first episode of Season 1. A second season premiered on August 5 2012, but later ended on September 16, 2012 with the second season continuing the events from the Season 1 finale. After a hiatus near the end of 2012. The series returned for a special three part series finale with the series ending on March 23, 2013. These last three episodes are considered to be the series third season. 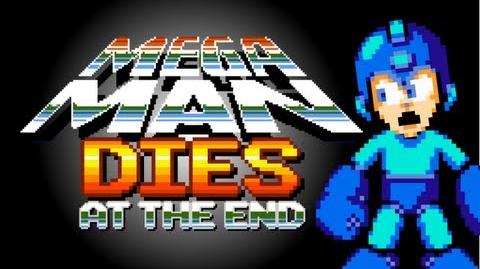 This page is a candidate for deletion, for the following reason(s): Machinima was shut down.

If you disagree with its deletion, please explain why at Category talk:Candidates for speedy deletion or improve the page and remove the {{delete}} tag.

Remember to check what links here and the page history before deleting.

Community content is available under CC-BY-SA unless otherwise noted.
Advertisement